The process of receiving your FREE tickets for SymbolFest has been made much easier than last year!  Look, below, your FREE tickets!  Download, print, and save for a later date when a location and bands have been scheduled.  TTYL (Talk to you later!)

SymbolFest is seeking a new location due to an overwhelming amount of free ticket requests that caused SymbolFest 2015 to be re-located to a field in South Wisconsin. The tax breaks were better, as was the parking, as was the cooperation from farm leaders. We are not looking to work with city of Rockford leaders. Naughty, selfish people! 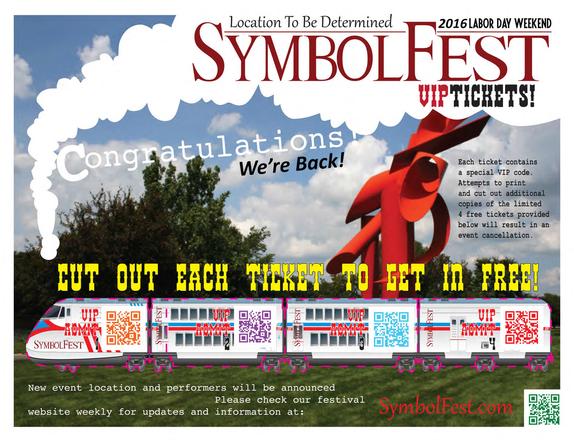 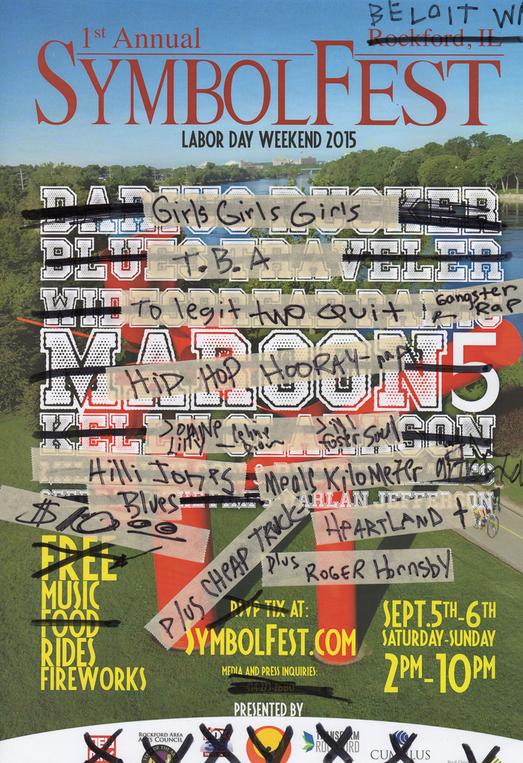 We are so excited to be back for the second year of food, music and art!  Join us at Northern Illinois's largest, premier festival as we celebrate Symbol and the City of Rockford, Illinois!